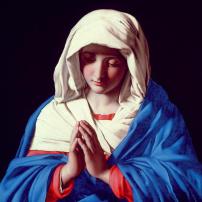 Invisible processes metamorphic,
Occurring deep inside the earth, formed it.
A deep blue stone of royalty,
That’s known as lapis lazuli.
Where first appeared civilization,
In the Mesopotamian location.
Where slaves were captured, bought and sold,
For some bushels of wheat, or for gold,
And the treasure blue under their feet.
Under the earth, the surface beneath.
Ground into a powder, rare and fine.
Adorned the eyes of pharaohs divine.
Baked in a kiln hotter than the sun.
The process forming a pigment begun.
A pigment of brightest blue ever seen.
That’s known as ultra marine.
It painted the robes of the Blessed Virgin.
And Vermeer’s Girl with a Pearl Earring.
Earth’s processes make the prettiest blue.
Which we process further into something new.