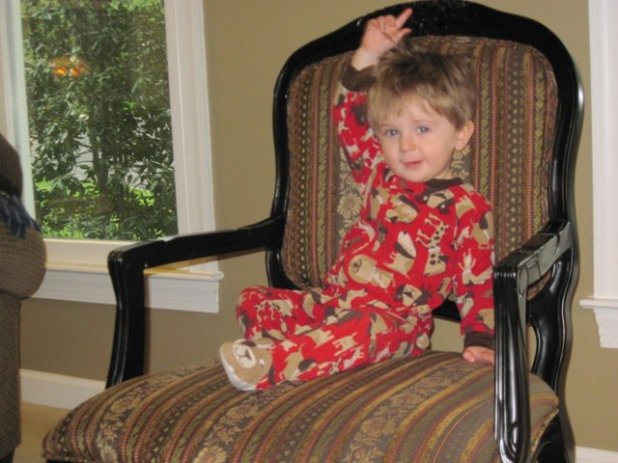 Look. At. The. Picture. Assholes.

Yup.  I’m sprawled across the bed, perusing Better Homes and Gardens, City of Durham edition.  Oh who the fuck am I kidding?  There is no such thing.  After today, after seeing one too many homes with one damn bathroom for a family of three (and shut your mouth, I don’t care what you think.  Princess Demandy-Pants shares a bathroom with NO ONE.  Not even the cats), one too many homes that need some TLC (eat a bag of dicks, realtors) or one too many homes out of my price range, I’m about to give up on this fleeting fantasy of moving closer to PCSGU.  I will resume the 147 shuffle and I will like it. I will miss the gym and I will embrace the flab.  I’ll get up at 04.00 instead of 04.30/05.00 when Dock is travelling so I can write the pretty stories with the hyperbolic flourish and profanity overkill.  Yup.  Fuck it all! Oh…and I’ll even pay through the nose when the lease on the white VW expires because heaven knows when we’ll repair that lovely dent I put in the front quarter panel of the blue VW (compliments of a garage in Durham – yet another sign I need to stay the fuck put).

Yes.  Sprawled across the bed I am when I hear my son talk about the time that tickle juice (otherwise known as cortisone cream) ended up on his itty-bitty toothbrush instead of actual toothpaste.  I remember this morning well.

In the audio-sound-engineering-bleeping-blooping-noise-making industry that is Dock’s, the work seems to be feast or famine.  Either he’s in town and grating on my last nerve or he’s out of town on a road gig and I’m plotting his death because he left me alone to deal with *everything.*  Let me say this right here, right now:  if anything happens to my husband (heaven forbid), I will marry the first man I can find with a pulse, a non-negative bank account and remotely respectable credit score because I am not built for single motherhood.  The man can have tombstone teeth, Leprosy and Typhoid for all I care.  Just so long as he’s capable of taking out the garbage, running the vacuum and unloading heavy shit from my car – we’re good.  And, it goes without saying, mad props to single moms.  How you do it and not end up in a straight-jacket mystifies me.  Furthermore, if you doubt me – see if I’m walking upright and speaking in full sentences at the end of this month since Dock will be away 10000% of the time.  I won’t be and there’s a really good chance that I will have had to forgo the shower that day, too.

That morning was one of those that started off decently.  I woke up early enough to grab several pots of coffee, read websites bearing no relevance to my job and get cracking on those wild and crazy spreadsheets I whip out at a snail’s pace only to rework and rework again.  I wake up the Milkface, get him dressed, drag his blanket, select fluffies and his limp body down the stairs and force him to feed the dog.  I likely kicked the dog out the door after arguing with him to drop his stupid toy which he always tries to sneak out of the house and then I focus on feeding Milky.  Dishwasher (the glory hole free version) is unloaded, dishes put away, more dishes thrown at the sink, several rounds of “eat your fucking breakfast, I don’t give a single fuck about what so-and-so did at pre-k yesterday” later and it’s time to scrub up. Dollars to donuts, it was one of those mornings I said “fuck it” and threw a bra on beneath the pjs, pulled the hair up in a knot and considered myself appropriately attired for morning drop off.  For some reason, I did have to take off my glasses.  Milky probably spewed syrup, tears or allergy medicine in my face.

Life may begin at forty but your eyesight will fuck off at forty. Guaranteed.

Of all the things one comes to value when they turn 40 – it’s the glasses.  I have had the esteemed pleasure of wearing glasses since the summer after freshman year of college. Progressive lenses, at that.  But I could manage to fumble around well enough without them for a few minutes without setting the house on fire or causing bodily harm to myself or anyone else within a five mile radius.  Once you’re in your 40s, things change.  You need your glasses on your face all the time because everything becomes small and blurry.

Milky is at the sink and I hand him his toothbrush.  I’m yelling at the dog (the dog and I, well – it’s complicated.  I love him.  He’s a good dog but…he is a dog and I…I am a cat person) about his stupid toy or something and I hear this retching and gagging noise followed by screaming and wailing.  Milky with teary wide eyes looks up at me and says “Moooooooooooooooooooommy!  This is not toothpaste!”  Fuck me, right? Turns out, what comes out of the Tom’s of Maine kid’s toothpaste tube bears a strong resemblance to “tickle juice” (cortisone cream).  So, on that particular morning, I inadvertently poisoned my kid.

I do not panic.  I’m too cool to panic about these things.  I work in healthcare!  I know people!  I know people who have degrees in sciency things and do the medical stuff like put bandaids on booboos and replace heart valves.  And, because I know these people and I play with this shit all day long, I am :drumroll: a doctor by extension.

No. Really. My mail is addressed to Dr. High Priestess Kang.  All the glory and none of the malpractice and student loans.  GO ME!

What I did do while I was certainly not panicking about potentially killing my kid was google “cortisone cream instead of toothpaste.”  Turns out, I’m not the only moron on the planet.  I scream “Did you swallow?” (here, have some bleach for that gutter mind of yours) and Milky responds “No but this tastes awful!”  “Spit!  Rinse and spit” I bark back.  I rip the toxic toothbrush out of the kid’s hand and then spend the next 20 minutes trying to convince him that the new toothbrush has actual toothpaste on it and Mommy promises she won’t try to kill him again.  He takes the bait and off to school we go.  I spend the remainder of the day waiting for child protective services to show up and take Milky into foster care.

This evening I hear the words:  tickle juice, toothpaste and Daddy.  I scratch my head and holler from the room “No, Milky.  Mommy tried to poison you; not Daddy.”  Milky walks into the room followed by Dock.  Dock turns and said “Wait…you did that, too?”  Dock is the worst about wearing his glasses.  Bitches and moans like you would not believe.  It’s one of those things about your significant other that invokes images of their heads on pikes. Left eyebrow raised, I look over Better Crack Homes and Whore Houses of Durham Weekly and ask Dock “Did you try to kill our child with tickle juice?”  Milky interjects “YOU BOTH DID!” Uh.  Oh.

Silence washes over the house for the first time since 2004 when the deed was passed to us.  Then, our sweet, loving, freakishly intelligent child says with his finger pointing in the air “I have a suggestion.  JUST LOOK AT THE PICTURE ON THE TUBE.”  And with that, two 40-somethings were given the giant bowl of STFU from a five year old.  Looks like we’re getting our money’s worth from Princess Celestia’s School for Gifted Unicorns.  Either that or he’s morphing into a horrible smartass.

Words, words, glorious words! Give me all of your words! Cancel reply